Nargiz Aliyarova Ramiz qizi was born in Baku, in 1968, into a family of intelligentsia. In 1986 she graduated from the Bulbul special music school with a gold medal and entered the Azerbaijan State Conservatoire named after Uzeyir Hajibeyov. As a result of her success as a student she was awarded a Lenin Scholarship. In 1991 she graduated from the Conservatoire with Distinction. From 1991 to 1993 she continued her education in post graduate course in the Baku Music Academy. She has worked in Music Academy since 1992, first as a teacher, a Senior teacher, then as an Assistant professor and since 2010, as a Professor. In 2001 she defended thesis “Sonatas for Violin and Piano of Azerbaijani Composers”. In 2012 the Azerbaijan Commission of High Attestation awarded Nargiz Aliyarova the rank of a Professor. From 2002 she has been the member of the Azerbaijan State Piano Trio. In 2009 and 2010 she recorded two compact discs. Aliyarova is an author of more than ten articles, two workbooks and tutorial. During these years Nargiz Aliyarova has performed many times in the Republic and in some European countries, giving concerts as a soloist, as a member of different chamber teams, with chamber and symphonic orchestras. In order to develop her talent she has attended Rachmaninov International piano courses and other international courses at Weikershiam, Darmstadt (Germany), Dartington (Great Britain). In 2008 Nargiz Aliyarova took the second place in the Pietro Argento 11th International Competition held in Italy. She was declared a laureate of the competition and awarded the medal. In the same year she was declared an Honored Artist of the Azerbaijan Republic. 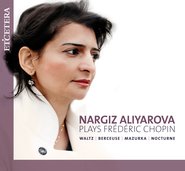 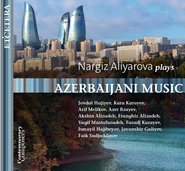 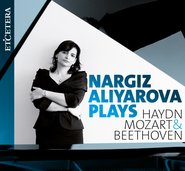