Since it was founded in 2000, Le Concert Lorrain has rapidly established itself on the international Baroque scene thanks to the enthusiasm and the high standards of its artistic director, Stephan Schultz, who conducts the ensemble in the most prestigious venues. The ensemble works regularly with such renowned artists as Andreas Scholl, Carolyn Sampson, Robin Blaze, Anna Lucia Richter, Peter Kooij, etc. It has also performed under the direction of leading conductors including Hans-Christoph Rademann, Daniel Reuss, Pierre Cao, Ralph Otto, Christoph Prégardien, and has toured extensively abroad with Arsys Bourgogne, the Dresdner Kammerchor, the Nederlands Kamerkoor, Cappella Amsterdam and many others. Le Concert Lorrain has been invited to perform at the Vienna Musikverein, the Amsterdam Concertgebouw, the Cité de la Musique in Paris, the Warsaw Philharmonie, the Lucerne Culture and Congress Centre, the NH Lingotto in Torino, the Luxemburg Philharmonie, the Rheingau Musikfestival, the Ambronay Festival, etc. Their recordings have been hailed by the critics. In residency at l’Arsenal – Metz en Scènes, Le Concert Lorrain receives funding from the Région Lorraine, the Moselle Conseil Général, the French Ministry of Culture (DRAC Lorraine) and the city of Metz. 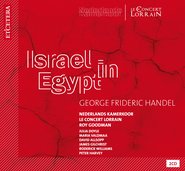