This second CD with the highly esteemed baroque ensemble La Suave Melodia features Frans Berkhout on the baroque bassoon. This is a unique collection of concerti and even more so because of the small number of musicians accompanying. Next to that, Frans Berkhout plays a type of bassoon used in the time of Vivaldi. gives a strong and passionate For Frans Robert Berkhout (1950) the bassoon was love at first sight. From his sixteenth year Frans Robert received lessons from Brian Pollard, solo bassoonist of the Royal Concertgebouw Orchestra, who also encouraged him to start playing on period instruments. For many years he played in several orchestras, e.g. the Royal Concertgebouw Orchestra, the Amsterdam Bach Soloists and the Combattimento Consort Amsterdam. As a baroque bassoon and dulcian player he joined many authentic ensembles such as the Leonhardt Consort, La Petite Bande and the Orchestra of the Eighteenth Century (Frans Brüggen). 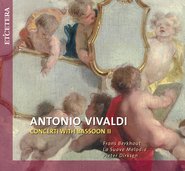 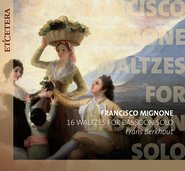