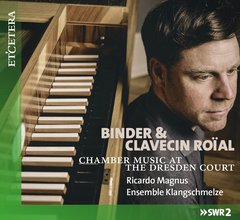 Christlieb Siegmund Binder and the renown of Dresden’s music

Dresden is the keyword for a grand narrative of a very special kind within the musical history of the 18th century; it was also linked to an explosive and practically uncontrollable growth of works that have survived to this day. The Saxon-Polish court under Friedrich August II, Elector of Saxony (1696-1763), also August III, King of Poland from 1733, had become a focus of European public interest thanks not only to the lavish celebrations of Friedrich’s marriage to Maria Josepha (1699-1757), the daughter of Emperor Joseph I in the autumn of 1719 but especially to the extraordinary level of its music-making. The Elector’s marriage was followed by an upsurge in the quality of church music at the Catholic court from the 1720s onwards and from 1731 to 1756 in particular, a period usually named after the court conductor Johann Adolf Hasse (1699-1783) and during which Dresden finally took its place among the most important European operatic centres. Every event included the participation of the court orchestra, which was praised not only for the outstanding abilities of its members but also for the elegance and precision of their ensemble work by expert musicians of the time. Antonio Vivaldi (1678-1741), Georg Philipp Telemann (1681-1767), Johann Sebastian Bach (1685-1750), Georg Friedrich Händel (1685-1759) and many others were also associated with the Saxon-Polish court orchestra at various times. Dresden’s reputation as a city of great musical sophistication continued even after the end of the seven years’ war (1756-1763), when the court was compelled to impose radical austerity measures. Whilst church music suffered greatly from a lack of trained choral forces and the court opera was replaced by a subsidised enterprise, the court orchestra was nonetheless able to uphold its high standard of performance despite manifold difficulties.

Ricardo Magnus
According to the Frankfurter Allgemeine Zeitung, “Ricardo Magnus’ playing speaks naturally and breathes freely, the virtuosity and beauty of sound never suffer from the rhetorical presentation.” A vibrant, colourful touch, a rich imagination and a fine sense of rhythm characterise the performances of Argentinian-born harpsichord/fortepiano player and conductor Ricardo Magnus. He performs in prestigious concert venues and at several festivals such as Lucerne Festival, La Redoute in Bonn, Laeiszhalle in Hamburg, Gewandhaus in Leipzig, Weilburg Castle Concerts, Telemann Days in Magdeburg, Ambronay Festival, Music Festival in Mondsee, Handel Festivals in Göttingen and Halle, Soli Deo Gloria Festival, NDR Das Alte Werk.
Mr. Magnus has been invited to perform with baroque ensembles using period instruments, as well as modern orchestras, such as the MDR Symphony Orchestra Leipzig, the NDR Radio Philharmonic Hannover, the Stuttgart Philharmonic, the Badische Staatskapelle in Karlsruhe, the Strasbourg Philharmonic, the Philharmonic Orchestra Freiburg, etc.
As a sought-after recitative accompanist and assistant, Magnus has participated in opera productions in Mexico, South Korea and Europe. He records his innovative programs with “Ambitus” and “Etcétera Records”.
Among these, the solo CD “Miniatures” deserves special mention, as it received much praise from the specialized press. 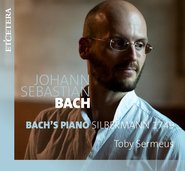