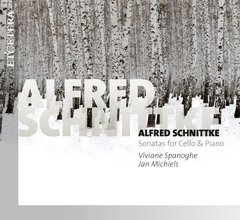 Alfred Schnittke (1934-1998)
Alfred Schnittke was born in the city of Engels, at that time the capital city of the autonomous Volga Republic in the Soviet Union. His family had German, Russian, Jewish and Catholic roots and he spent part of his early childhood in Vienna. The greatest part of his life was spent in Russia, where as a child he had participated in historical events of international importance that marked him deeply. He settled finally in Hamburg in 1990.

Schnittke was an extremely complex personality, one of the leading Russian composers of the late 20th century. He left a great number of works that are not only stylistically heterogeneous but also often leave a lasting impression on the listener; he also commposed a great deal of film music.

Since the Union of Soviet composers found his work too modernistic, Schnittke was flooded with commissions for film scores that subsequently left him but little time for his own compositions of works for the concert repertoire, although he nonetheless succeeded in devoting time and energy to both genres. He collaborated closely with the film-makers Elem Klimov and Andreï Kharzhanovski.

Heavily influenced by Mahler, Berg, and Shostakovich (his teacher) amongst others, Schnittke often also quoted from composers such as Lassus, Bach, and Mozart, making connections with forms from the past such as the concerto grosso, the waltz and the passacaglia; he employed a mix of styles and techniques, including Russian Orthodox, folk music, Russian nationalist music, contemporary, tonal, atonal, and microtonal, in order to bridge the gap between the present and the past in works with a spiritual, ironic or expressionist slant.

Although he was a controversial and much criticised figure —he was boycotted by the Union of Soviet Composers — Schnittke was defended by such great musicians as Gennadi Rozhdestvenky, Gidon Kremer, Oleg Kagan, Yuri Bashmet, Mstislav Rostropovich, Alexander Ivashkin, Natalia Gutman and the Borodin Quartet, who performed his works in Russia and abroad.

Schnittke survived several heart attacks (the first in 1985) and was declared clinically dead three times; each time he came around from a coma that had lasted several weeks with a renewed drive to compose. He went on to compose a considerable number of large-scale works, including the two cello concertos, the second cello sonata recorded here as well a number of smaller works for solo cello. 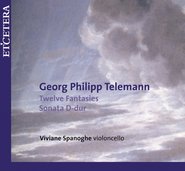 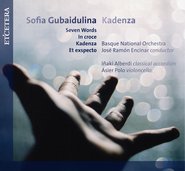 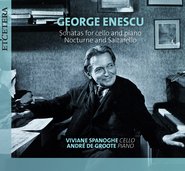