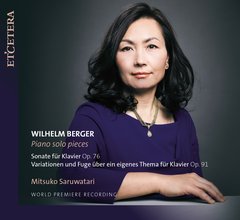 Berger’s piano pieces in general set their performers great technical challenges. This is naturally due to the fact that he himself was an exceptional pianist, although he never regarded technical difficulties as being an end in themselves. Whilst still a student he once wrote about another pianist with the words “Fertigkeit allerdings, doch wo bleibt die Seele?”; he was always much more concerned with the musical communication and conviction of the performer.

Berger can be described as a unique representative of German late Romanticism without any hesitation. His highly individual musicality allied to his string conceptual ideas produced intensely-felt compositions that were structured on a large scale and which attempted to extend the boundaries of human emotion. At the same time, Berger was continually in search of beauty in his music. He has a faultless command of counterpoint and included several complex fugues in his works. In this sense he fitted seamlessly into the tradition of Bach, Beethoven, Schumann and Brahms. He was also a great admirer of Wagner and his works.

One particular characteristic of his piano works is that they are generally not based on a pianistic approach. The quantity of polyphonic writing and the extended keyboard range employed is a clear indicator that his piano works had their origins in symphonically conceived ideas and orchestral timbres. It is also important to note that Berger composed vocal works. His sense of lyricism drove him to compose a number of songs as well as choral works; this too is to be heard in his piano music. Each voice sings and has its own melodic line; at times we hear a church choir, at others an operatic phrase, and at another a duet. All of the above combine to create a fascinating polyphonic texture in his works. The manner in which Berger brings all of these disparate elements together has ensured that his piano music not only occupies a unique position in the history of music but is also considerably enriched the repertoire of works for piano.
*source, Gustav Ernest : Wilhelm Berger ein deutscher Meister 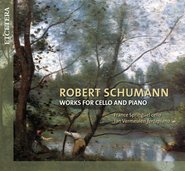 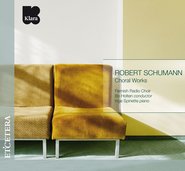 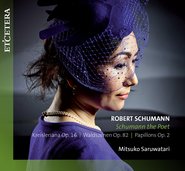