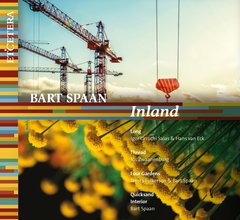 Sounds that almost imperceptibly come closer and closer, only to retreat just as slowly again. I find this fascinating, not just as a natural and an urban phenomenon, but also in a musical sense. I had, however, no preconceived plan to make a CD that focused on this; it was only at a later stage that it became evident that there is a period in every piece when a sound gradually approaches, unfolds, recedes and finally — often after having long been audible — dies away.

Bart Spaan (1963) studied history and musicology before making programmes on contemporary music for the Dutch radio station De Concertzender. He had private lessons composition with Daan Manneke and has written works for The Barton Workshop and other ensembles. His electro-acoustic music has been performed at the Gergiev Festival and at November Music. His CD Silencios was released in 2001, with works for piano and tape inspired by the paintings of Alberto Reguera. EtCetera released his CD Ellips in 2009, which included the piano cycle Kringen that he had written for Ralph van Raat. Kringen was nominated for the Buma Toonzetters prize in 2010, as one of the ten best works composed during the previous year. 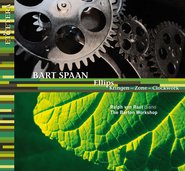