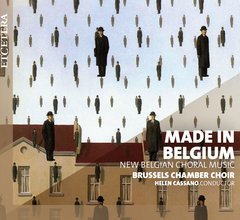 The Golden Age of the Renaissance saw the flourishing of polyphony, mainly thanks to composers born in what is now Belgium, such as Josquin, Ockeghem or Lassus. It was these Franco-Flemish polyphonists, who, by travelling and working around their homeland and the rest of Europe, spread their new musical ideas and produced the first true international style since the unification of Gregorian chant in the 9th century. In modern-day Belgium, one cannot speak of a unified, national style in choral writing. But, as in the Renaissance, choral music written in Belgium has a strong international flavour, no doubt a result of the international character of the capital, Brussels, as well as the wonderful mix of languages, cultures and communities present throughout the country today. The composers featured on this album, native to or resident in each of the three regions of Belgium (Flanders, Wallonia and Brussels), often write in a language other than their mother tongue. While their choral music covers very different styles, they share some of the same influences and sources of inspiration, both musical and poetic: the above-mentioned ‘Belgian’ polyphony, Gregorian chant, organ music, modal harmonies, symbolist poetry, traditional folk songs or the First World War, which had such a tragic impact on Belgium.

The Brussels Chamber Choir was founded in 2007 by Helen Cassano and fellow students of the Koninklijk Conservatorium Brussel. The ensemble has evolved into an eclectic group of passionate singers from Brussels, both amateur and professional, of more than 10 different nationalities. The choir regularly gives a cappella concerts throughout Brussels, and is often invited to perform in the Brussels Cathedral of St Michael and St Gudula.

Helen Cassano was born in London, but grew up in Madrid. She gained a degree in musicology from Royal Holloway, University of London, and moved to Belgium in 2002.  She studied at the Royal Conservatoires of Brussels and The Hague, and the Lemmensinstituut in Leuven, and obtained Masters degrees in Singing, Chamber Music and Choral conducting. In addition to conducting the Brussels Chamber Choir, Helen is active as a professional choral and ensemble singer with groups such as Vox Luminis, the Flemish Radio Choir, the Chœur de Chambre de Namur, Arsys-Bourgogne, Le Concert Spirituel, Currende, the Hildebrandt Consort and the Huelgas Ensemble, with which she performs widely across Europe. Her numerous recordings have been awarded prestigious prizes, such as Diapason d’Or, Choc de Classica, Prix Caecilia, International Classical Music Award, Preis der Deutschen Schallplattenkritik and Gramophone’s Recording of the Year. 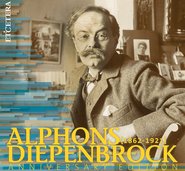 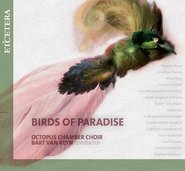