director Started by Adrián Rodríguez Van der Spoel in 2001, specializes in the interpretation of Latin American Baroque music. So far, the ensemble has given concerts in the Netherlands, Belgium, Finland, France, Sweden, and Bolivia. The members of Música Temprana are professional musicians, acquainted with the performance practices of the traditional music of their countries of origin (Argentina, Chile, Mexico, Brazil, and Spain). The ensemble deliberately conveys the popular, traditional characteristics of the repertoire they play. Many musicians with whom Música Temprana works stand in this tradition and have been partly formed by it. Therefore they are not censorious of their musical instincts. Xenia Meijer from The Netherlands is a specialist in Spanish and Latin American baroque music. 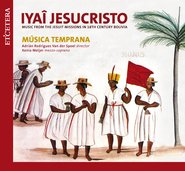 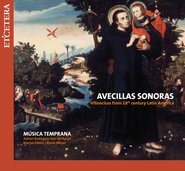