The Hexagon Ensemble was formed in 1991, and performs as a piano sextet made up of flute, oboe, clarinet, bassoon, French horn and piano. As well as performing widely in the Netherlands, the Hexagon Ensemble has also played in Belgium, England, Germany and the United States. Further foreign tours are to follow. Critical acclaim in the press and the interest shown by the broadcasting world, but above all the enormous support they receive from the audience, have earned the Hexagon Ensemble an unforgettable name in the concert arena. Five wind instruments and a pianist who come together as a piano sextet or in smaller combinations. Six different men, each with their own role and unique personal contribution. Hexagon’s power lies in the chemistry between the six personalities. This chemistry relies on a subtle interaction, both in music-making and without. The ensemble derives its strength from the players’ respect for each other and the way in which they complement each other. But – how they really achieve unity in music, is the muse’s secret.... A unique aspect of the Hexagon Ensemble is the broad repertoire the players have at their fingertips, which is reflected in the variety of their performance programme. Continuing research in libraries around the world has meant the ensemble disposes of a repertoire database of over 4000 works. The Hexagon Ensemble built up its repertoire around a vast range of interesting and unpublished works, little-known works and unjustly forgotten works. Works of this kind are regularly included in concert and record- ing material, alongside the classics. Also included are works that have been commis- sioned specially for the Hexagon Ensemble. The following Dutch composers wrote works for the ensemble: Hans Kox (Achilles Sextet), Henk Olthuis (Valse Infernale), and Hans Eijsackers (Amuse Gueule and Bekentenis). The American composer Judith Shatin wrote for them her Ockeghem Variations. 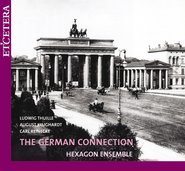 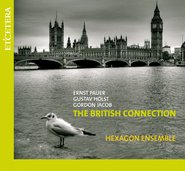 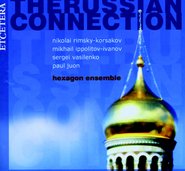 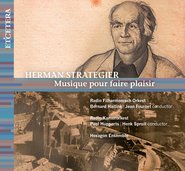