Utopia was founded in 2015. This nascent ensemble blends the voices of 5 Belgian vocalists: Griet De Geyter, Bart Uvyn, Adriaan De Koster, Lieven Termont and Bart Vandeweghe. Over the course of many years, each of these singers have had the pleasure of working with the finest conductors and ensembles in early music: Herreweghe, Paul Dombrecht, Jos Van Veldhoven, and Huelgas Ensemble and Capilla Flamenca. From the start, Utopia has been active on the concert podium with bookings at the Early Music Festival in Warschau and various concerts at the Festival van Vlaanderen in Mechelen. In 2016 Utopia will tour Flanders and the Netherlands with 12 concerts and 3 different programmes. In Antwerp Utopia will be ensemble in residence of the magnificent St. Paul church. The church will not only host regular concerts, but also open its doors for anyone passing by during rehearsals. Utopia’s first CD release is scheduled for April 2016 on Et’cetera Records, featuring the 7 Lamentations of De Morales; a work that has not seen an integral recording for CD before. It is Utopia’s ambition to acquire a secure status in the Early Music scene. Griet De Geyter soprano Bart Uvyn countertenor Adriaan De Koster tenor Lieven Termont baritone Bart Vandewege bass 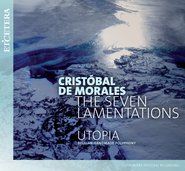 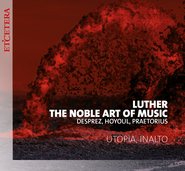 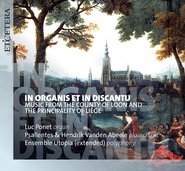