As a chamber music enthusiast, Maiko Inoue devotes herself mainly to ensemble playing. To this end, she founded the Trio Mistral in 2002. With chamber music groups – either the Cosmopolitan Duo or the Trio Mistral – she is regularly invited to play at various festivals and concerts in Europe and Japan. Maiko Inoue is also recognized as an accomplished accompanist in the world of the lied, and singers enjoy the benefit of her professionalism for their performances. In 2014 she recorded a CD with the Trio Mistral (works by Schumann, Shostakovich and Rachmaninov), a second one with the soprano Anne Cambier, and then a third for the UT3-Records label with Aldo Baerten, Diederik Suys, Johannes Burghoff and Geert Baeckelandt (works by Bruch and Huybrechts). Maiko Inoue graduated from the College of Music of Osaka, her hometown in Japan. She then decided to explore Europe and complete her musical training there. She travelled to Strasbourg, Karlsruhe and Brussels, where she received tuition from Eugène Moguilevsky, Amy Lin and Toomas Vana. She obtained a master’s degree in piano and a chamber music diploma, with the highest honours, at Karlsruhe’s Hochschule für Musik in Germany. In 2009 she passed the teaching diploma at the Brussels Conservatory (agrégation). Maiko Inoue was a finalist at the Izuka and Kawai Music Competitions. She is artistic director of Jodoigne’s International Music Festival in Belgium. The clarity of her playing, whether as a soloist, accompanist or in chamber music, affords her audiences the same feelings of pure bliss. 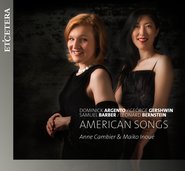