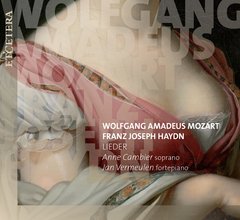 In both Mozart’s and Haydn’s works, only a modest place has been dedicated tot the Lied. As for the number of compositions, the role of both composers had been rather unsignificant if seen in the framework of the European ‘Kunstlied’. As a matter of fact, the German contemporaries C.P.E. Bach, C.F. Zelter, J.F. Reichhardt, J.A.P. Schulz and others have indeed dedicated themselves fullheartedly to this music-form, in close co-operation with prominent poets.

In Haydn’s songs we should not search for the depth of Mozart’s Abendempfindung, or the compactness of his Als Luise die Briefe ... Haydn is moving, with preference, in an atmosphere of pre-romantic pathos and ‘Sturm und Drang’. This, for example, finds its expression in the whirling, orchestral piano-introduction of the Marmaid’s Song, Pleasing Pain and, most strikingly, of Fidelity, complete with lightning-flashes and thunder-claps. Also remarkable in this song are the sudden (pre-Schubertian) modulations from the initial F minor into F major. To express the endless sorrow in She Never Told Her Love, Haydn confines himself to a few vocal measures and a rich harmonic language in the piano-part. The Spirit’s Song (not included in the series of Canzonettas) gives proof of a comparable melancholy and profoundness. Breath-taking, for instance, are the dolefully climbing chromatics on ‘my spirit wanders free’. Piercing Eyes offers a sharp contrast: cheerful extravert and light-hearted music in a sociable, dancing Sicilienne-atmosphere. Finally, we meet another little masterpiece: O Tuneful Voice, an authentic ode to the singing-voice, an utmost tuneful through-composed melody, with a rich, yet functional supporting piano-accompaniment. 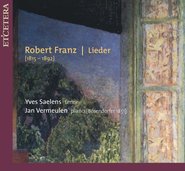 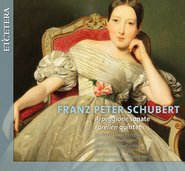