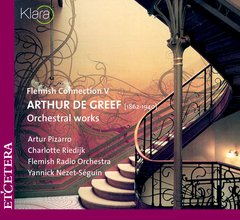 Arthur De Greef, a piano virtuoso and composer, obtained his excellent results through analysis, reflection and hard work. Amidst all the musical turmoil at the start of the 20th century, De Greef is still composing late-Romantic, graceful and splendidly melodic music. Courage and authenticity was necessary for that. Thematically and harmonically the second pianoconcerto follows the classic form, but it also leans in the direction of the symphonic poem. De Greef clearly intended to express and develop particular emotions in this piece. This can also be seen in the poetic titles given to each movement. In De Greef’s Humoresque, the accented rhythms and the repeated leaping motive are the most striking features. The motive springs between the strings to the flute and is followed by a martial theme on the horns. The lyrical middle section is an oasis of peace, with an expressive melody, fine solo passages and muted strings. For his Cinq chants d’amourDe Greef used poems by the poet and critic Charles Fuster, a spiritualist poet who perseveres under the mantle of a passionate poet. His poems deal with love, faith and eternal hope. Fuster’s verses inspired De Greef to compose splendid High Romantic songs. Chromaticism creates interestingly colourful harmonies and the sumptuous vocal line is framed in an orchestration that veers between delicate and luxurious. Artur Pizarro is renowned for his lyrical poeticism and outstanding virtuosity. He performs regularly throughout the world with the leading orchestras and the world’s most distinguished conductors. Pizarro regularly appears as a recitalist and chamber musician. Charlotte Riedijk studied with Charles van Tassel and now receives coaching from Aafje Heynis and James McCray. Her musical preferences include music from the beginning of the 20th century as well as the contemporary music that she performs very successfully. Numerous composers have dedicated works to her. Yannick Nézet-Séguin has established himself as a leading conductor in his native Canada. During his studies at the Conservatoire de Musique de Montréal, he won 5 first-prize awards. He has had extensive private studies with the legendary Carlo Maria Giulini. The Flemish Radio Orchestra is a symphony orchestra that also functions as a modern contemporary music ensemble. The orchestra performs the great works of the 20th century ánd contemporary symphonic repertoire. 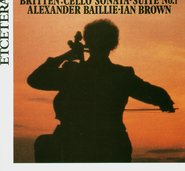 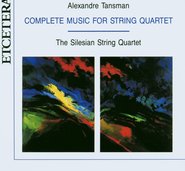 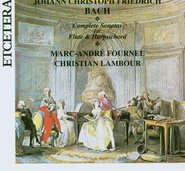