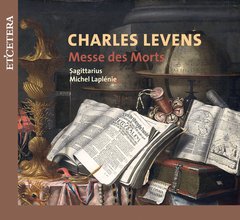 Charles Levens (Marseille) authority as director of music was based on his maturity as a teacher and a composer, a maturity witnessed not only by the esteem in which he was seen by his patrons, but also by the spread of his reputation as a musician and an academic. Shaped by melodic spontaneity of Provençal music, reinforced by his knowledge of the works of Gilles, Campra, Delalande and Rameau, Levens lent his own suppleness and vivacity to the ‘official’ style imposed by Versailles. Moreover, by his participation in the theoretical debates of the time, he merges as a man of enlightenment, at once both artist and scholar, open to every voyage of discovery. His work forms an integral part of the French musical heritage. His two Masses for the Dead use a five- part choir and four soloists. The instrumental parts consist of an organ continuo, reinforced by a pair of bassoons and a cello ad libitum. The two Masses propose almost complete settings of the text of the Missa pro Defunctis, including the Dies Irae. The constant attention to the expression of the words affects the choice of the different musical sequences. To the realistic vision of the suffering that awaits the souls of sinners in Hell, in the choruses Libera me and Quando coeli movendi sunt, comes the reply of the affirmation of hope in a just and merciful God by means of the soothing return of the chorus in Requiem aeternam and the final prayer of the Kyrie eleyson. Sagittarius was founded in 1986 and is led by Michel Laplénie. It is made up of professional singers who perform the solo parts of the works performed and a continuo group of organ and bass viol. Depending on the works to be performed, the size of the ensemble can vary between 6 and 24 singers; instrumental ensembles including consorts of viols, cornets and sackbuts can also be added. Sagittarius performs in France and abroad, appearing not only in numerous concerts but also in staged productions and recordings of operas. Sagittarius reinterprets and performs works of the Baroque period composed in the Aquitaine region in frequent concerts; recordings of these works have been unanimously praised by the musical press. 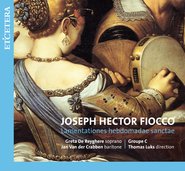 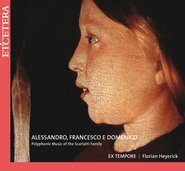 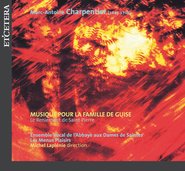 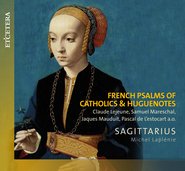